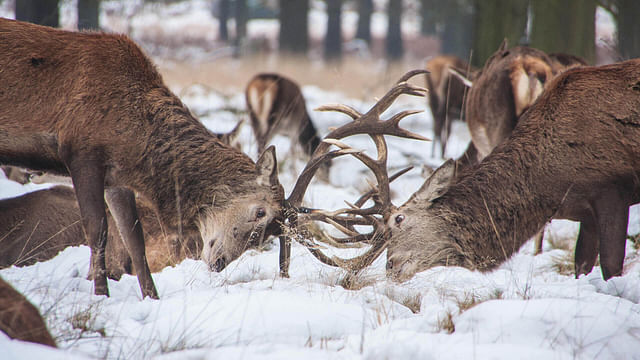 The title of the post is a thing I'm struggling with on a daily basis. On the one hand you have Windows, an operating system series that I've been using my entire life, coming from Windows 3.1 to the new Windows 10. You can say that I like my Windows OS's. On the other hand I'm also a web app developer and Linux based systems are perfect for running servers and they're just simply a joy to install new programs. How do I choose a system to stick with, or is a compromise between the two different systems possible?

One of the main advantages of Windows is it's compatibility with games. Gaming is becoming bigger and bigger on Linux based system, but it's no where near the level of Windows. Almost all major games are available for Windows and this is why I prefer Windows over Linux for gaming. Besides the compatibility with most major games, most programs are also compatible with the Windows operating system. This makes installing programs very simple for the average user.

Of course there are also disadvantages of using Windows, especially as a web developer. One of the disadvantages is that Windows is based on DOS, and not UNIX like MAC OS and Linux based operating systems. In most cases this is not a big problem, but using UNIX is much more intuitive than DOS in my opinion. Another one of the disadvantages of Windows is that it's not a free piece of software. Of course I gladly pay for software that makes your life easier, but everyone rather has stuff for free.

Because so many programs are compatible with Windows, and developing for a Windows machine is easy, it's very easy to catch viruses. On a Windows machine it's very easy to install software from non-trusted vendors, thus making it easy to install a virus on your system when you are not an experienced user. For most people this means installing a virus scanner and firewall is the only way to prevent this from happening. This can bring extra costs and unwanted software plans with it.

Advantages of Linux based systems

Where it's very simplistic on a Windows machine to install a program for the average user, on UNIX this is very easy for experienced users. You can simply install a program by using the command: apt-get install [package-name]. Again, for the average user this may be very complicated and just not a wanted solution to install programs, but since I'm working with the command line for Node and PHP anyway, the transition is very natural.

Apart from the command line and UNIX, Linux just has so many different distributions (distro's)! There is always one that fits your needs or just works like you want it to work. And the best part of these distro's? They're all free of use, you don't have to pay anything for them, apart for a boot USB if you don't have one laying around. Because different distro's can behave differently with different pieces of software, these distro's have their own (official) repository of programs you can install. If the program you need is not available in this repository, you can just add one that does have it. Because the official repositories only carry trusted pieces of software, the chance to get a virus from installing programs is non existent. Unless a piece of software slipped through the cracks, or you install programs from a non-official repository. Only then you could get viruses in your system.

In some of the distro's you can expect useful pieces of software to be pre-installed, like Node or Python. With these programs pre-installed you can instantly start programming or set up a server for a project you're working on.

Disadvantages of Linux based systems

However, there are always disadvantages. One of them I have mentioned earlier, gaming. Even though support for Linux based system is getting better, it's still not at the level that gamers can expect from Windows. But then again, I haven't come across many people who use their Linux based operating system for gaming. So this disadvantage doesn't apply to everyone out there.

As mentioned before, installing programs on a Linux based system can be done through apt-get install [package-name]. This is not for everyone, thus making the learning curve on some distro's quite steep for average users. Distro's like Ubuntu come with an app store, but this is not the case for all distro's so this could be a thing to look out for when choose one for your uses. And a last disadvantage I have encountered is the recognition of device like an iPhone. For me it showed up, but that was about it. It taks tinkering to get it to work and this can be a breaking point for some users who just want it to work. If you're a person like this, perhaps a Linux based system is not the right system for you.

So is a compromise possible between Windows and Linux? Making use of all the advantages of both systems while filling the disadvantages. Well yes there is. There are two scenarios that come to mind for me. A dual boot system, meaning you have both a windows system installed on your harddrive, as well as a Linux based system. On starting your PC you can choose which operating system to use. This can be great when you want a real experience, no slow loading times, but a real Windows or real Linux environment. If, however, you don't want to deal with this, a virtual machine is a great option. What this allows you to do is boot up a Linux based system inside a window on your Windows based system. This way you don't have to bother with installing a seperate operating system on your system and you can easily switch between your Windows system and your Linux based system. This could be ideal for testing purposes, application development, or just quick tasks.

So based on your needs you can go for either a Windows based system, a Linux based system or a combination between the two. Personally I have two different systems, one for Ubuntu (A Linux distro) and another one for Windows 10. This makes developing applications very easy, because I need some pieces of software that are only available on a Linux based system. I can just simply set up a connection between the two systems and they work with each other perfectly. But this is only an isolated example, there are a ton of different scenarios possible in which a combination of the two operating systems is a very desirable setup. But try and see for yourself. Give different distro's a try, try making connections, combine systems and see what you can do with them.