Home Blog How to reclaim your privacy on the internet 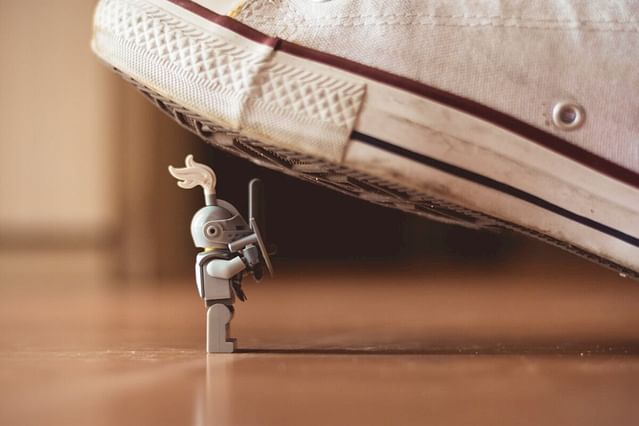 Photo by James Pond on Unsplash

You get tracked on most websites, your information and behavior aren't yours to keep anymore. This is the sad truth of the modern internet. I admit I'm guilty of this too, in fact, you're probably being tracked right now. If you're not taking precautions, your data will be saved somewhere and some people will try to use this data to sell products and services to you. If you're upset about this, you understand the magnitude of this problem. This problem can be visualized for those that don't see the big deal quite easily. That's what this post is about. I'm going to tell you about the steps I've taken to take back my privacy, but also the steps I will take to keep your information anonymous if you're visiting any of my websites.

Why is this such a big deal?

Fast forward to the present, where anyone can track anything you do on the internet. Advertisers can ask any of the big search engines or social media platforms to send their advertisement out to anyone that has looked at a particular product in the past week. They know exactly what you've been doing on the internet and will pick you out specifically to show a particular advertisement. The ads are no longer aimed at a large audience but very specific people. Where 1 in a million people might have bought the product from the television advertisements, maybe this is now 1 in a hundred. This enormous increase in conversion is incredibly attractive to advertisers and will make them want to spend more money to reach even more people. They will quite literally pay to buy your attention because they know your likes and dislikes. They will keep showing you what they think you're interested in until you buy that product.

I said I would visualize this process, so I will. Imagine you're watching TV, where you think you're completely anonymous. Now an advertiser shows up at your house and follows you around for 20 hours per day for years. Now every time you turn on the television, you will see exactly what you want to see and every single advertisement is interesting and looks like something you want to buy. Wouldn't you feel a bit scared? You will feel like the anonymous people on the other side of the TV know everything about you and often even more than you know about yourself. They've built data models of you and can predict what you will want to buy next month or next year. Sure, this might seem convenient, because it takes a lot less effort from your side to access the information that you want to see. But if this happens enough times, you might start to wonder: "Do I trust them with all of my personal information?" I don't, so I'm here to help you to hide in the shadows and send the advertisers on a wild goose chase.

What are ways to be more anonymous on the internet?

There are several ways to get more privacy on the internet. Some are easier than others and some go very far to achieve a high level of anonymity. How far you go with this is up to you, but any steps to take back your privacy are good steps. I've put together a shortlist of some simple and some more difficult things you can do to stay anonymous:

Switching from Google Chrome to Mozilla Firefox, Brave Browser, or Opera is a great first step in taking back your privacy on the internet. Google Chrome is a great browser and I've used it since it came out. It's been my primary web browser for years and it has served me well over time. But it has gotten a bad reputation over the past year or two. It allows many plugins to track all of your internet behavior and is owned by Google, one of the biggest marketing platforms in the world. This fact alone made me install alternative browsers. One of the first ones was Mozilla Firefox, which I use as my primary web browser at home. Mozilla is a company known to do everything to protect your privacy and has produced a lot of great material over the years about all kinds of things related to the internet. I used Firefox 2 and 3 back in the day, before switching to Google Chrome and remembering it to be a great browser. The only reason I switched was the speed boost that Google Chrome provided for me. Now, years later, this speed boost is gone and Firefox doesn't feel slow to me at all. It might be faster now.

Brave Browser is my primary web browser at work. The reason being is that it's very similar to Google Chrome for web development, but it blocks all trackers automatically. For example, when visiting the CNN website, it blocks 45 trackers when opening a web page. Yes...45. Let that sink in...45 different services are collecting your data. With Brave, all of these are blocked. The second benefit, besides not being tracked is the fact that the website is fast when you can't be tracked. On most websites, I've seen performance boosts of at least 3 to 4 times faster on Brave than on Google Chrome. Since Brave also has an app for mobile devices, I use it on there as well. Since it's so similar to use as Google Chrome, the switch was barely noticeable to me.

The last one on my list is Opera. I've used Opera a long time ago for my mobile phone but never realized they made a web browser for the desktop as well until they came with the news that the new version has an ad blocker and VPN built-in into the browser. This made me instantly download it and now I use it every once in a while. It's a fast browser with some nice plugins to help you get more out of the standard web browsing experience. If you're not following any of the next steps, this would be a great option for you, as the VPN is included.

2. Use DuckDuckGo as your default search engine

You may have seen people talk about DuckDuckGo in the past year because it's gaining popularity quite quickly. DuckDuckGo, unlike Google, doesn't use your online search behavior to sell your data to advertisers. DuckDuckGo (DDG) does sell advertising spots though, but these advertisements are only based on what you're currently searching for. This means that the ads may be less relevant, but at least your data isn't collected to sell as advertising data. Additionally, DDG doesn't track your behavior at all. This way you can be sure you're anonymous and still find great information on the internet.

In most browsers, you can choose which search engine you want to use. So if you change this from Google to DDG, you will instantly benefit from not being tracked anymore. I've done this on my laptop and phone and didn't notice a big change. They're both search engines and look very similar, but one of them doesn't track you and the other one does.

There are a few concerns some people have raised about the way Google prioritizes their search results. These have to do with the fact that Google doesn't only filter the results on being relevant to your search terms, but also relevant to your interests. This means that the search results you see in Google will differ from person to person, even if two people have used the same search terms. This helps to get the most relevant search results for you. A lot of people like this feature, because it means that you never really have to go to page 2. This is not the case for DDG, because no matter who searches, you always get the same results for the same search terms. This could mean that you sometimes have to go on the second page, but not often. It's just a thing to keep in mind when making the switch.

3. Block trackers from within your browser

A lot of browsers can block trackers on websites. There are several guides on how to do this for different browsers. By choosing one of my suggested browsers from the first part of this post (Mozilla Firefox, Brave Browser, and Opera) you won't have to do anything at all. These browsers automatically protect you against most trackers. There are ways to do this in Google Chrome as well, but these require third-party plugins and those are not always trustworthy. The best solution to block these trackers would be to use a trustworthy browser, like the ones mentioned before.

4. Use a VPN (Virtual Private Network)

If, after all of these precautions, you're still not satisfied with the results and want to be completely anonymous, there is another step you can take. To be completely anonymous on the internet, you can use a trusted VPN. A VPN is a Virtual Private Network, this means that any data traffic is being routed through the service to the destination server. The website you're visiting will think that the traffic it's receiving will come from the service you're using. If you want to read more about why I'm personally using a VPN, you can read more at "My thoughts about using a VPN during everyday life".

A good VPN will hide who you are and where you come from, so you're anonymously browsing the internet. There are a lot of good examples of VPNs that are reliable and fast. Here's a list of my recommendations:

There are more, but I've either used these or know people that use these daily. So I can at least say with certainty that these VPNs work well and are reliable.

There is a little caveat when it comes to VPNs and that's the following: There are VPNs that are installed on your machines and there are those that only work in the browser, like the one in Opera. This is a crucial difference. The VPNs that are installed in your browser will only route the traffic from that browser through a VPN, nothing else. A VPN that's installed onto your system will route all traffic through a VPN, including the traffic through your browser. This is something you should consider when looking at a service to use.

It's a scary thought, having someone look over your shoulder at everything you do on the internet, all the time. If you're fed up with this and want your privacy back, there are ways to do this. In this post, I've given you four steps you can take to gain more privacy on the internet and you can follow all or just some of them. Any steps you take improve your privacy on the internet and help you to stay ahead of trackers and people who are buying your data to figure out who you are and what to sell to you. You should be able to use the internet without having to give up your data in exchange.

If you support the work of Mozilla Firefox, Brave Browser, and Opera in trying to keep your protected on the internet. Consider a donation to help further their cause. They're doing everything they can to educate the public about what it means to have privacy on the internet and their products (the browsers) show this.